Too Close for Comfort

One of the biggest differences between Germany and Canada hit home again last week. Everything here is so congested.

It isn’t that the cities have a denser population (though they probably do). Or that houses have much smaller yards (which also appears to be true). Or that a greater percentage of the population rents apartments as opposed to owning houses (which seems to be the case).  It is the camping that is so different.

Walking around Lake Titisee, an extremely popular tourist destination, I noted a campground at one end of the lake. I had never seen anything like it.

Admittedly I haven’t spent too much time camping in recent years. It is something I did when I was a Boy Scout, but not all that much since. I like my creature comforts.

But I have been in enough campgrounds to know that in Canada, campers, whether using a tent or a recreational vehicle of some kind, can expect a reasonable amount of space for their wilderness experience. Apparently that isn’t the case in Germany, or at least not in the campground I walked by. The RVs, Wohnwagens, were parked so closely together I’m not sure a person could have squeezed between some of them.

Thinking about it, I could see the logic. Germany is so much smaller than Canada. We have the space to allow large camping spots in recreational areas. If Germans looking to park their RVs were given enough space to afford the campers a little privacy there would be far fewer available spaces.

Which would mean less revenue for the campground operators, and less availability for vacationers. So instead they pack them in like sardines.

It doesn’t appeal to me though. 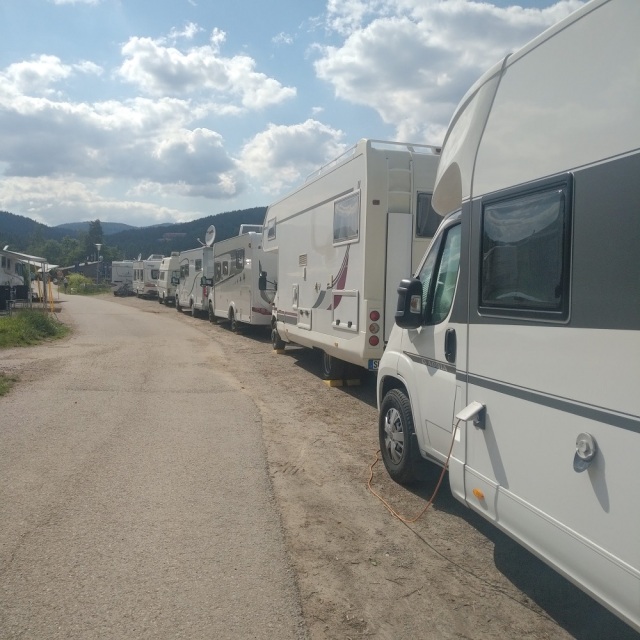 ← Birth of a Nation
Friday Thoughts →