Back to Mer Bleue

Spent some time yesterday on a family outing in Ottawa’s urban forest, walking the trails in the Mer Bleue area. I had my phone with me, but didn’t take any pictures, figuring I have been here so many times before there was no reason to add to the photo collection.

Instead I am re-posting something I wrote in September 2015. The view remains pretty much unchanged, despite three years having gone by. Once again this year there is no hint of changing fall colours yet.

I have occasionally rhapsodized here about the joy of living in Ottawa with its hundreds of kilometres of walking trails and who knows how many hectares of urban forest. Okay, somebody knows the exact numbers for both but I’m not going to look it up. I was raised with acres, I have no idea how big a hectare is. Nor is it necessary for me to find out. Come to think of it, I’m not sure I remember how big an acres is – it’s been a long time since third grade.

Sunday afternoon, after church and before I headed out to CityFolk, we took a stroll along one of the trails in the Mer Bleue area of Ottawa. I snapped a couple of photographs and I’ll let them do the talking today. 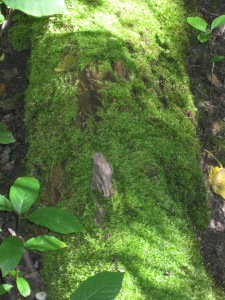 Normally by this time of year the leaves have started to change colour, but everything seemed green and summery. Lots of wildflowers in evidence too. Sometimes we see wildlife on our walks: turkeys, foxes, squirrels, beavers, and deer are not uncommon, but not in this trail. It is one of the most popular and I think most animals steer clear of it. We heard a few birds, but didn’t see as much as a chipmunk. 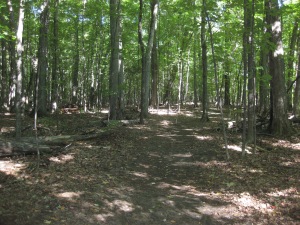