Turkish Politics and You 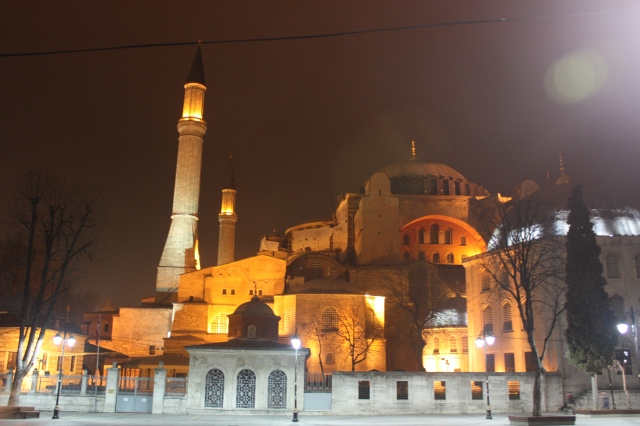 With the world concentrating on COVID-19, you may have missed Turkish President  Tayyip Erdogan’s latest not so subtle move to reshape his country. He wants to turn a museum into a mosque.

Not just any museum though, but a UNESCO world heritage building, the Hagia Sophia. 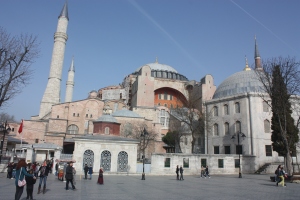 This is a popular move in a country where about 98% of the population is Muslim. The argument is that the building was a mosque for almost 500 years before being converted into a museum in 1931. The fact it was a Christian church for almost a thousand years is conveniently ignored.

The mosque was changed into a museum during the presidency of Mustafa Kemal Atatürk, the founder of modern Turkey. He was insistent on creating a secular society, one where mosque and state were at arms length rather than being intertwined. Erdogan seems to wish to change that. 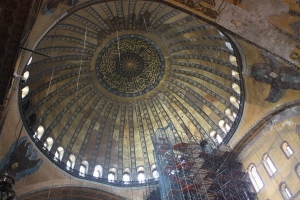 Why is this important? What does it matter if the building is a mosque, a museum or a church?

The attempted conversion, which will be confirmed or denied by a court later this month, is one more indication of Turkey’s shift from a secular state to an Islamic one, something Erdogan has been pursuing.

For the past few years there have been subtle and not-so-subtle incidents of persecution against the Christian minority (on top of ongoing persecution of Kurds). Such persecution appears not only endorsed by, but to originate from the state. 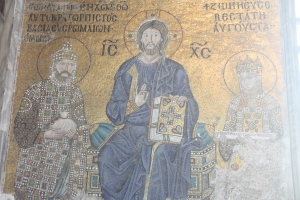 Eleventh century mosaic panel featuring Christ on the throne in the middle between Emperor Constantine IX (on the left) with his wife Zoe.

Yet Turkey is a member of NATO, and aspires to membership in the European Union. President Erdogan recently has been behaving less like the leader of a western democracy, and more like a dictator.

Militarily Turkish troops are involved in Syria, in Iraq, in Libya, just to name three, not as part of NATO or other joint missions but acting on their own. With behavior like that, I can’t see Turkey ever being admitted to the EU, and wonder how long until they are kicked out of NATO.

Making the Hagia Sophia a mosque once again is just a sign of the way things are regressing in Turkey. President Erdogan probably figured there would be very little protest while the world is fixated on COVID-19.

Sadly, he is probably right.