Are You Still Here? 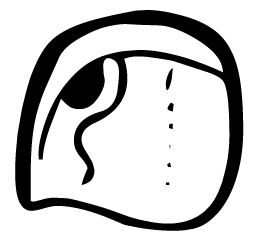 We’re halfway through the week, and if you are reading this the world hasn’t ended. You probably didn’t realize global apocalypse was on the schedule this week.

You may remember a decade ago there was much speculation about the Mayan calendar. Supposedly it predicted the end of the world for December 2012. I seem to remember there was a Hollywood blockbuster based on the prediction, though i didn’t watch it.

News reports last week suggested the doomsayers got it wrong – but we knew that already since the world didn’t end as scheduled. They added though that new calculations showed that the end will come sometime this week.

I doubt many people are taking this prediction seriously. The surest indicator of that would be at your local grocery store. Do they still have toilet paper? How about pasta? If the shelves are full there probably is no panic. Or perhaps those who panicked in March don’t have any storage space to hoard any more.

Then again, if the world were to end, what need would anyone have for toilet paper? Or anything else that people hold dear?

What would you do if you were convinced the world was about to end soon? Would you visit family and friends (social distancing rules be damned)? Drink yourself into an alcoholic stupor? Read that book you always meant to get to? Go on a crime spree, since you wouldn’t have to worry about jail time? Tell people how much you love them? The possibilities are endless.

This latest re-imagining of the Mayan calendar amuses me, but the question of how we intend to spend our last days is a good one to contemplate. Death is an ongoing part of life, something we all have to face sooner or later, something many of us aren’t prepared for.

We would rather “eat drink and be merry, for tomorrow we may die,” not wanting to think about what comes next, after death.

The origins of that phrase come from two Old Testament verses (Ecclesiastes 8:15 and Isaiah 22:13). There is also a story that Jesus told about not being prepared for death.  In the Bible, we read in Luke 12:

The ground of a certain rich man yielded an abundant harvest. He thought to himself, ‘What shall I do? I have no place to store my crops.’

“Then he said, ‘This is what I’ll do. I will tear down my barns and build bigger ones, and there I will store my surplus grain. And I’ll say to myself, “You have plenty of grain laid up for many years. Take life easy; eat, drink and be merry.” ’

“But God said to him, ‘You fool! This very night your life will be demanded from you. Then who will get what you have prepared for yourself?’

“This is how it will be with whoever stores up things for themselves but is not rich toward God.”

I’d be willing to bet whatever you like that the interpretation of the Mayan calendar is wrong. The world won’t end this week.  However time spent contemplating eternal things and your relationship with God is time well spent.

This is how the story goes
You must believe it all, my friend,
from the beginning to the end
‘Cause everyone lives forever
We just have to choose where

Today’s post was supposed to be humorous, but has veered off into the serious. I guess that’s why I titled it “Random Thoughts” – I never know where my brain is going.