Wandering through Freiburg on Friday (I couldn’t resist that alliteration) and went for a walk in Seepark, a large park near the downtown.

Discovered a small lake there (which is what gives the place its name, see being German for “lake.” Spent some time just looking at the aquatic and shore life. So nice to see nature on display in the heart of an urban area. 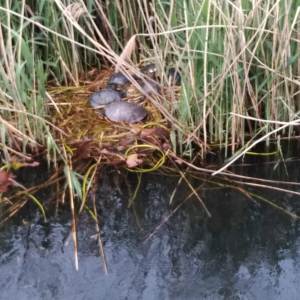 The turtles were, for the most part, just sitting there at the edge of the lake. I did see one swimming, but it was underwater and my phone didn’t catch it as well as I would have liked. It did a better job on a number of big fish swimming by. I’d say they were carp, but I know almost nothing about fish, so that is only a guess.

Same goes for the bird. My first thought it was a small heron, but on reflection I guess it was a kingfisher. I emphasize though, that is only a guess on my part. I’m sure it isn’t an eagle, or a sparrow, but beyond that my knowledge of birds gets a bit hazy.

I never did manage to snap a good picture of what I think was an otter.  It was moving through the reeds at the edge of the lake, with the occasional foray into the water before quickly scurrying back up on the bank and vanishing into the grass. I got its back in the water as it swam, but you really can’t tell what it is. Which doesn’t stop me from including the picture for you.

It was a shopping trip, so we didn’t spend much time at Seepark, just a stroll along the lake before heading to where the stores are. Still, it was a nice break from what had been a hectic and frustrating day (that’s a future post). We’ll definitely return. 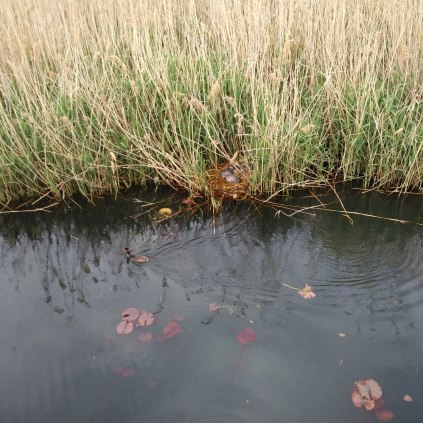 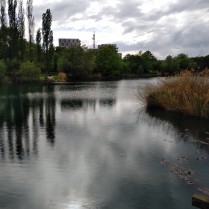 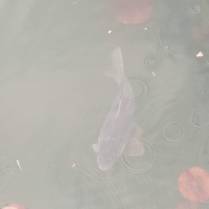 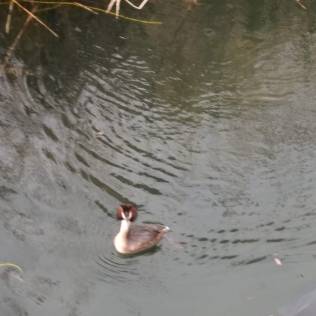