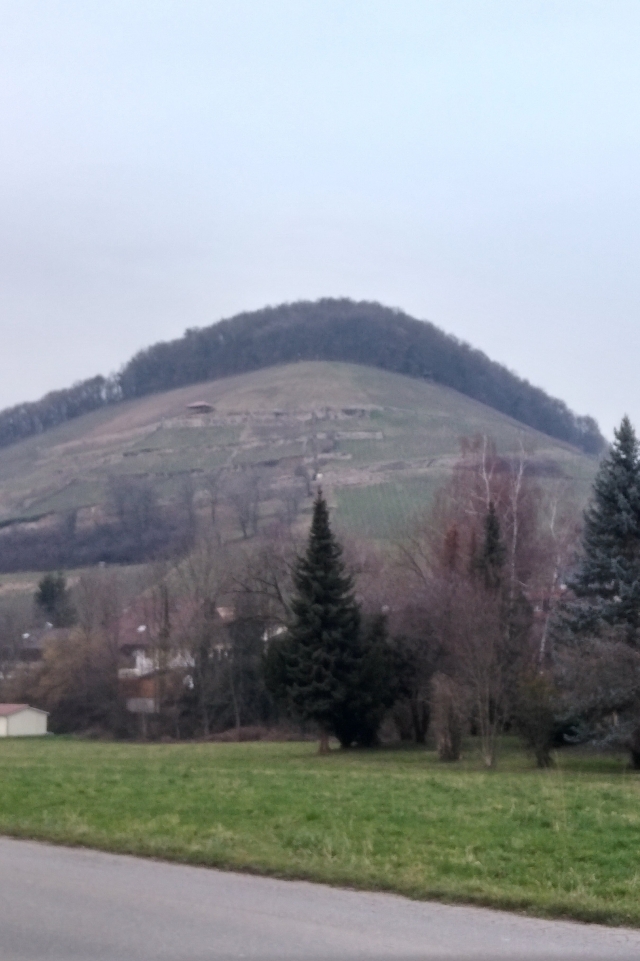 There’s a hill on the outskirts of Sulzburg that is mostly vineyard, with some trees at the top, and just begging to be climbed. Looks pretty steep, but you don’t go straight up unless you are part mountain goat. The vineyard paths will get you to the top, eventually.

I have joked on occasion that pretty much every hill in Germany has the ruins of a castle at the top, but that isn’t always the case. Despite its name, which to me suggests a castle, I didn’t expect to find an old fortress on top of Castellberg. I figured if there was one I would be able to see the remains from the bottom.

Turns out though, as we reached the top edges of the vineyards, that there was a sign pointing in the direction of ruins. So naturally we headed upward and onward.

There were indeed ruins, though if they were from a castle it must have been the smallest one in the area, maybe the world. The remains of the walls still standing indicate there might have been a moderately sized house there at one time. I was underwhelmed. 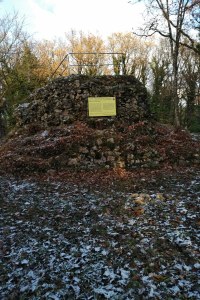 I don’t remember anything from the information plaque, which leads me to think it whatever was once there wasn’t of historic significance. However, there was a bit of redemption for making the trek to the top.

Beside the ruins is a steel tower, a scenic lookout. We climbed that and got a good view of Germany stretching across the border into France. At least I think that is what we saw in the distance, I forgot to check our bearings.

It was a bit hazy when we were there. I plan to return on a sunny summer’s day – I’m sure the view will be even more spectacular.