The Day The Angels Fell

Sometimes you start a book and don’t finish it, for various reasons. You might run out of time (especially of it is a library book); you might lose interest in the topic; or you might lose the book. Hey, it happens! 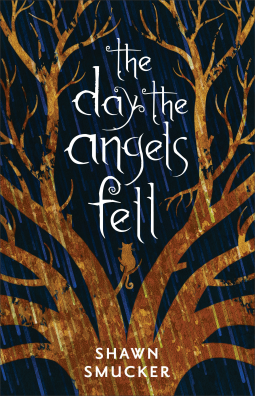 None of those three apply to Shawn Smucker’s debut novel, The Day The Angels Fell, because after a false start, I did indeed finish the book. On first read though it didn’t grab me, but after putting it down for a week I found that it worked better for me the second time.

Even that second time, I had difficulty believing a lot of it. That is always the issue with a supernatural tale – how far can you go before the reader rebels against what is being presented?

On the whole I enjoyed the story, and maybe I am being too critical – this book is aimed at young adult and teen readers. Maybe they will just enjoy the read and not ask the hard questions. The basics of the story did intrigue me, with its roots in Eden and a classic struggle between good and evil. As is frequently the case, evil looks more appealing.

It is natural to want to defeat death, to find the Tree of Life, especially when you are a twelve-year-old boy who has just lost his mother. At that age you don’t have the maturity to realize that trying to bring someone back from the dead may not be the smartest thing to do.

I liked the issues Smucker raises in this novel, although I did feel he owed a lot to C.S. Lewis’ The Magician’s Nephew. There too you have a boy, a mother and a Tree of Life.

Given that I am not the target audience, I guess it boils down to whether I would give The Day The Angels Fell to a teenager to read. On reflection, I think I would – as long as they aren’t as critical in their reading as I am.