With November ending, Advent and Christmas markets are in full swing throughout Europe. I guess it is the European version of Christmas shopping frenzy.

Last year was the first time I had experienced this sort of thing, and I may have overdone it. I took in seven or eight markets – eventually realizing there’s not much difference between them. Some are only for a day or weekend, while others, in major centres, run for a month or longer.

This year I won’t get to as many. I’ve already missed the ones we went to last year in Laufen and Mullheim. I don’t expect to be in Lippstadt or Colmar (France) before Christmas, though you never can tell. I do expect to see one, or two, Christmas markets in Vienna next month.

And then there’s Freiburg. It is relatively big, more than 100 stalls, and easy to get to, just a ten minute walk from the train station. We wound up there as the conclusion to our walk last Saturday.

For the most part the things for sale never seem to appeal to me.  I have enough nick knacks already. But I do enjoy the smells and the colours of the event. There is always lots of food available, though admittedly mostly sausage. And I can’t understand the appeal of gluhwein, some sort of hot mulled wine. The Gluhwein stalls are the most popular booths at every Christmas market I  have visited, so someone must like the stuff.

Today some pictures from this year’s Freiburg market, to get you into the mood for the season. 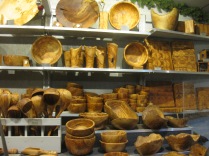 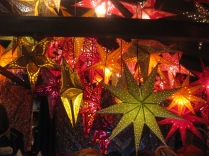 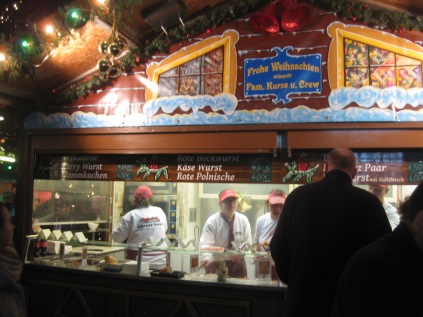