Mostly pictures today, from Sunday’s car show that was held as part of the Mullheim Stadtfest, or City Festival.

There were a lot of vehicles I had never seen before outside of books and movies. That’s what happened when you are in Europe I guess – there were certainly no old Fords. No really old cars at all now that I think of it.

In Canada you would expect a Ford Model T from the 1920s – there are still a lot of those around. But in Mullheim I don’t remember seeing any vehicle built before 1951. Given that they don’t salt the roads in the winter, the cars here should last longer and not quickly rust away. But maybe all the pre-WWII vehicles were used for scrap iron in the war.

Today I think I’ll show you some of the British models that were on display. Tomorrow we’ll look at Germany and other European countries, and Thursday the American models. And that should be sufficient exposure to cars for the week. Or maybe I’ll split Germany from the rest of Europe and we can run until Friday – I’ll make that decision when I review the pictures before posting tomorrow.

Let’s start with a 1951 Triumph. (Don’t forget that clicking on the picture should enlarge it.) 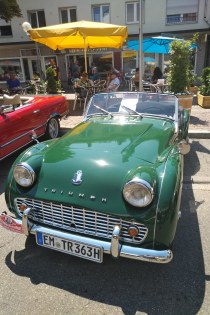 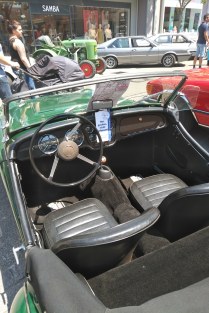 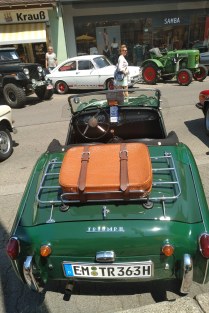 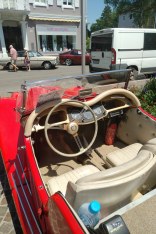 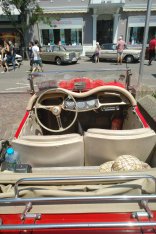 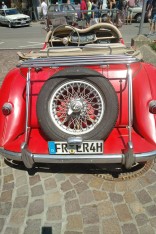 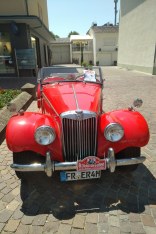 You won’t find anything more luxurious than this Rolls Royce – I didn’t get when it was made. 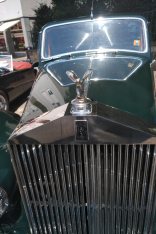 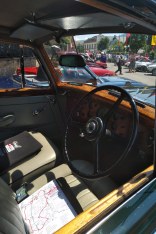 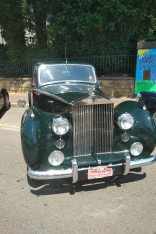 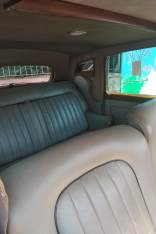 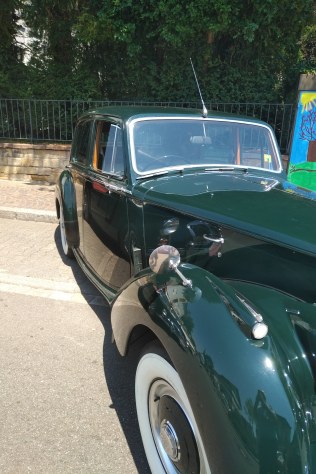 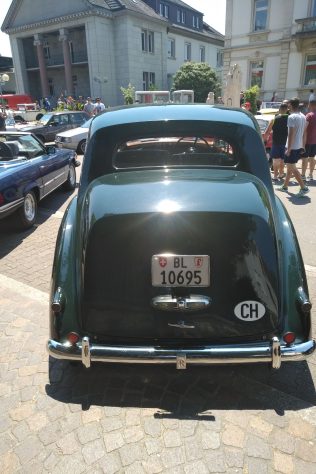 A 1960 Austin Healey. Didn’t James Bond drive one of these in the books (but not in the movies). 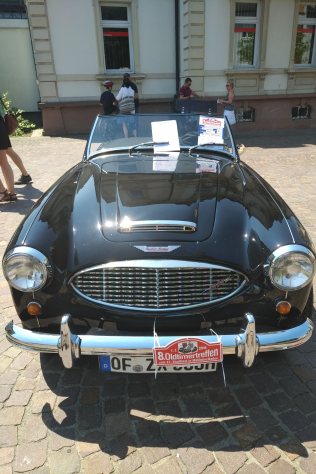 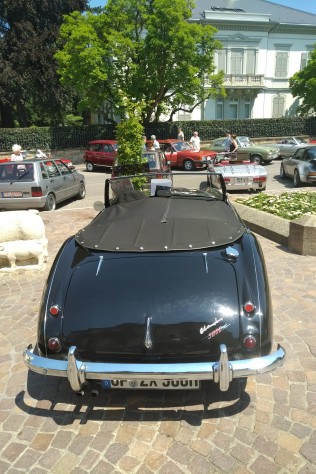 Another MG – this one with dark leather seats. 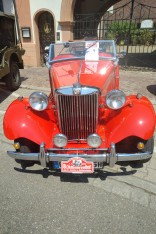 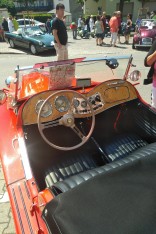 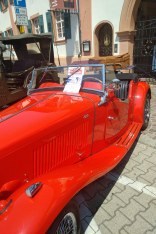 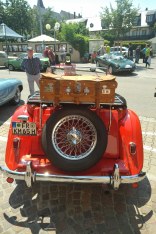 I just realized tomorrow is July 4, American Independence Day. It would seem appropriate therefore to feature the American vehicles then.