It was about halfway through the day Thursday that I remembered it was the day of the annual March For Life on Parliament Hill. Not being in Ottawa this year it had totally slipped my mind, despite it being the biggest gathering of demonstrators all year.

I won’t get into Canada’s lack or abortion laws, or what appears to be a tacit consensus among our politicians that abortion is not a topic for discussion, under any circumstances. The present government keeps insisting that abortion is a Constitutional right. Having read the Constitution (which I gather the Prime Minister has not) I know that is not true, no matter how much some people wish it was. 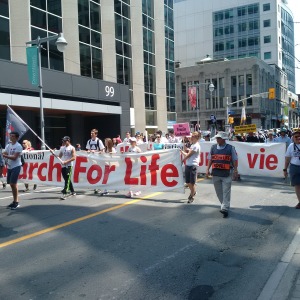 I have great respect for the people who come from across Canada to make their voices heard on the second Thursday in May each year. Much smaller rallies receive far more extensive press coverage, but we won’t talk about what appears to be media bias here – you can draw your own conclusions.

I did realize though that in 2016 I had meant to do a March For Life post and for reasons now unknown never did. But I have pictures, taken in haste with my phone, of the marchers as they walked the streets of downtown Ottawa. I thought I would share those today.

Those opposed to the pro-life cause claim the movement is part of the past, a relic from an older, patriarchal generation. It seems to me from what I have seen that there as many young as old who take part in the March, as many (if not more) women than men. The abortionists don’t want people to know that.

Look at the pictures and see for yourself. 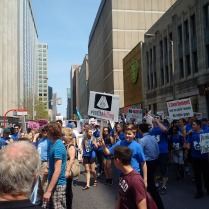 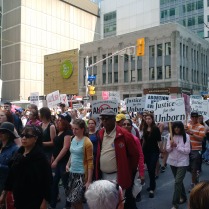 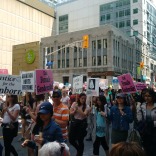 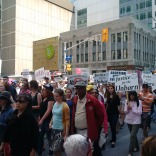 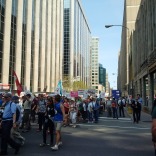 ← Another Day, Another Holiday
Today’s Bargains →