Something New Under The Moon

Just when you thought you had seen it all in this pandemic, someone manages to surprise you.

Drive-in movies have been around for years. Drive-in church services have become somewhat commonplace in recent months, but a drive-in concert?

Last week two major Christian artists announced they are hitting the road once more, two tours for our times. While most musicians will still be streaming shows on Facebook or YouTube, TOBYMAC and Newsboys United will be playing before live audiences.

They are heading out where the people are, with appropriate social distancing. Since concert halls remain closed in the US they will perform at drive-in theatres.

With a relatively warm climate in much of its territory, the US has an abundance of such places. When you think of it, those are the perfect location for a concert these days, even if there won’t be a mosh pit.

The audience can stay in their cars and listen to the show on their radios, just like they would with a movie. Or open the windows and hear the sound as it rolls off the stage. Your vehicle provides the social distancing required to satisfy the authorities and public health in general. (I suppose you could also sit on the roof of your car.)

There are a few possible pitfalls. With my luck, I’d be driving a subcompact car and get stuck behind a minivan, with no way to see the stage. Except, of course, the show would be projected on the theatre screen.

Tickets aren’t being sold by the vehicle, but with a limit of six concertgoers in each one. I’m not sure how much social distancing you can have with six people in a car, but that isn’t my problem.

Before I read about the six-occupant limit, I had a flashback to my teen years,  a church youth group event at which there were more people than cars. We managed to put 10 into a Plymouth Duster, a popular small car of the time. 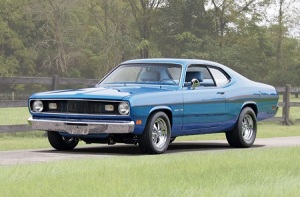 Only three in the front seat, but by stacking people like logs we managed seven in the back. I’m not sure I’d want to watch a concert that way. Back then seat belts were not required – you would never try anything like that now.

I’m not sure a drive-in experience would satisfy me – I’ve been craving some live music for a while now, and sitting in the car for a show doesn’t quite seem right somehow. Then again, I’ve seen Newsboys (in their pre-United incarnation) perhaps a dozen times over the years, and they always put on a great show. The same holds true of TOBYMAC, who I have seen not as many times, but enough to know he puts on an excellent concert.

Sadly, I won’t get to find out about whether a rock concert in a drive-in theatre works as well as these artists hope. I’m in Germany, and neither tour will be coming here. I don’t know if they have drive-ins here.

If you are in the US, why don’t you go in my place. Let me know how you enjoyed the show.