Maybe it is an annual event that I haven’t noticed before. I have no idea of the significance.

Walking through Sulzburg’s Kurpark, the park behind city hall, in the past week I have noticed a proliferation of gnomes around the trees (and at least one in the old city wall). I have no idea who is putting them there. 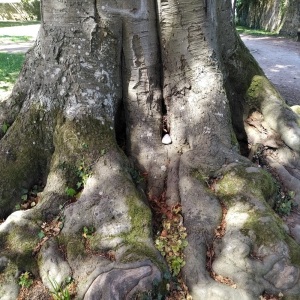 The first time I thought it was just something that children had left behind when they were playing – except no-one is supposed to be playing in the parks these days. I didn’t pick them up, but to me they looked like the dwarfs from Snow White.

The next day though I noticed more, and around the base of more than one tree. Yesterday I saw even more, including some hand-painted stone ones. There must be a custom here, one that I know nothing about.

Maybe the gnomes will vanish after a few days. Maybe they have always been there and I didn’t notice before.

The only think I know for sure is that I will be checking the park every day for the next little while to see if there are any new gnomes. 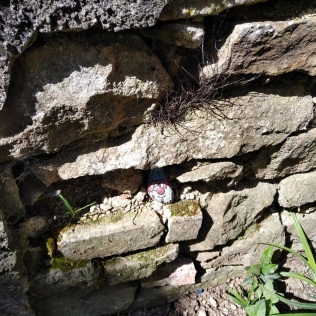