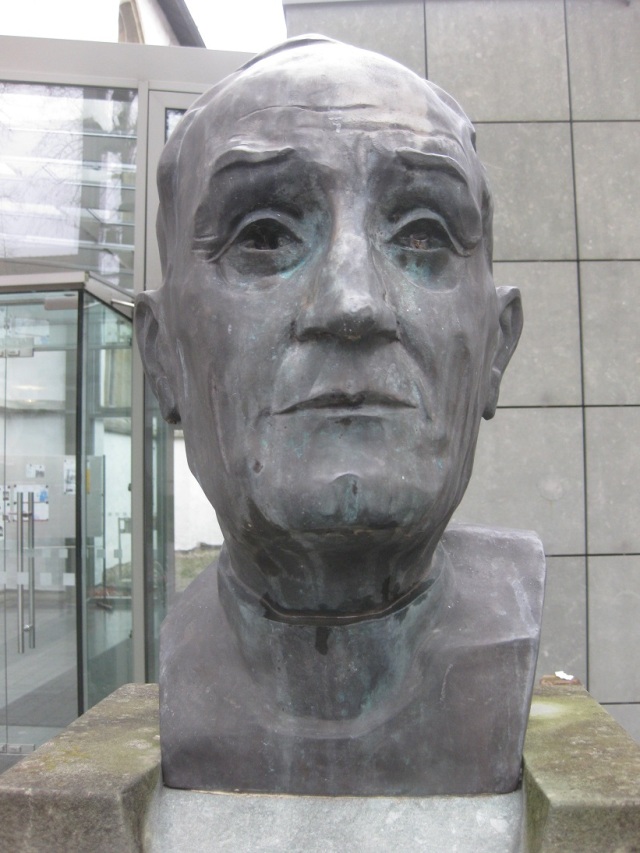 Sometimes there are little surprises. Ties to history you didn’t realize were there.

I was walking along the main street of my wife’s ancestral home town, Lippstadt, in northern Germany. It was there I cam across this bust. I recognized the name, Martin Niemöller. I hadn’t realized he was from Lippstadt.

Niemöller was a pastor and theologian, and an early supporter of the national socialist movement of Adolph Hitler, something he later regretted. He became a leader in the confessing church, those Christians opposed to the Nazis and spent seven years in a concentration camp.

You have probably heard his famous poem – and may never have seen an attribution for it before.

One of the lessons that I take from Martin Niemöller’s life is that one bad choice doesn’t have to define you. After the Second World War, he became a leading voice against intolerance, accepting responsibility for his previous views and the sins of the nation that he had contributed to.

These days, more than 25 years since his death, he’s pretty much forgotten by history I think, though his words live on. They remember him in Lippstadt though.