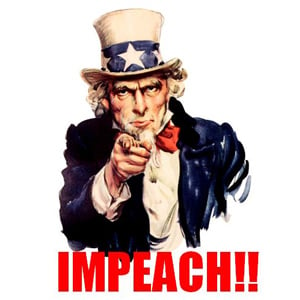 I did the unthinkable. I’m a political junkie, but I watched not a minute of Donald Trump’s impeachment trial,

Nor have I read any news articles on it, though I have seen the headlines. It seemed like such a pointless procedure that I couldn’t be bothered.

Given that the outcome was pre-ordained, I didn’t see why I should be wasting my time with it. I wonder how many Americans felt the same way?

Trump has been emboldened by his acquittal, firing those who showed courage in testifying to what they saw as wrongdoing. They probably expected that – and being fired by President Trump probably doesn’t hurt future job prospects.

As the scenario played out, I had to wonder what the framers of the American constitution would have thought of the proceedings. They envisioned that it might be necessary to remove a president from office, that is why there is an impeachment process. Did they realize how partisan it would become? I suspect not.

Constitutional amendments are almost impossible under the American system, and rightly so. Your founding documents are supposed to be built to last. However, maybe it is time to revisit the impeachment procedure.

Donald Trump’s impeachment proceedings were tainted by politics. The Democrats wanted him out of the job. Republicans wanted to keep him. Motives were suspect. The facts of the case seemed unimportant. I doubt anyone (including voters) changed their minds about Trump’s fitness for office, despite the House investigation and the Senate trial.

Maybe it is time to take the politics out of impeachment. Allow the House or Senate to start the process, but have the investigation done by an impartial agency, perhaps the FBI. (Am I dreaming when I think police can be impartial?)

Instead of politicians sitting in judgement of one of their peers (and despite what Trump says, he is as much a politician as any of them), have the case decided before the Supreme Court. Yes, those justices are appointed by a president but they hold office for life and are probably more able to rise above the politics of the day.

Given the state of US politics these days, it seems unlikely to me that any politician will pay a political price for supporting or not supporting Trump in these impeachment proceedings. Republicans supported him because they were concerned about their re-election prospects. The same holds true for Democrats.

No office-holder should be above the law, and the law shouldn’t be bent for political purposes. Until the United States can figure that out, it is lessened as a democracy.

Do you think Americans can see that?

← Growing a BackBone
A Storm By Different Names →