It was hardly a secret, but it became official on the weekend: Peter MacKay is running for the leadership of the Conservative Party of Canada. He seems likely to win – and I can’t think of a worse choice.

It appears the party is confronted with a sim 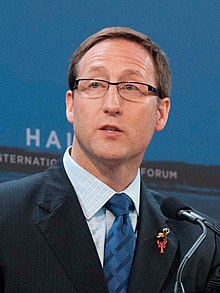 ple choice: integrity or elect-ability. McKay may be the only one of the declared candidates who could beat Prime Minister Selfie in the next election, which is one of the reasons he is racking up MP endorsements. I suspect it will turn into a case of buyers’ remorse. Ask David Orchard.

Orchard was a candidate to lead the Progressive Conservative Party back in 2003. On the final ballot he threw his support to Peter MacKay – on condition that MacKay would not pursue a merger with Canada’s other conservative party, the Canadian Alliance. The convention was barely over when MacKay did just that. So much for his word.

Merging the two political parties made sense if you were a conservative. The Liberal Party was winning election after election because conservatives were split. They would probably be in power forever unless the conservative parties merged.

MacKay’s action was politically astute – the new Conservative Party of Canada created by the merger was in power for a decade and may return there with his as leader. But what does his breaking his word say about his character?

It looks to me like he made a promise he didn’t intend to keep because there was personal gain in making it. Is that the sort of behavior Canadians want from their Prime Minister? If so, they might as well keep the incumbent, a man with a long track record of broken promises.

MacKay’s recent history is also less than stellar. Prospects of a leadership run began surfacing during last fall’s election campaign, effectively undermining then leader Andrew Scheer. MacKay himself said the right things, that he supported the leader, but a leadership campaign was being organized at a time you would have expected conservatives to be focused on the election. Maybe Scheer would have done better if MacKay’s supporters had been working for the party instead of against it.

It appears though that Conservatives think MacKay will restore the party to government. He is gaining a lot of initial support for his campaign, and I expect momentum to grow.

What used to set conservatives apart was a deeply held set of beliefs that would not be compromised for the sake of power. As we saw in the United States in 2016, these days there is a tendency to be pragmatic. If a candidate is electable, you go with them, even if they are the antithesis of everything you believe in.

Unlike Donald Trump, Peter MacKay at least has some conservative credentials. Does he have the integrity that Canadians want in their Prime Minister? Based on past actions, I probably won’t be the only one asking that question.