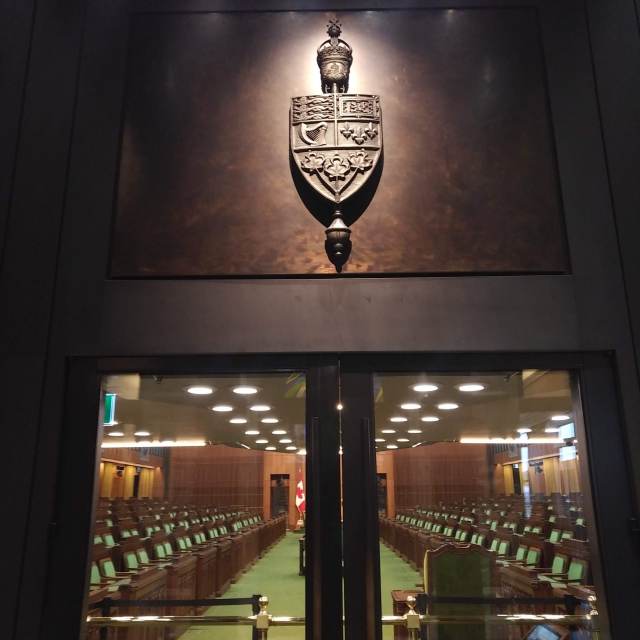 Made a quick visit to downtown Ottawa last week, as I realized I had yet to see the new chamber for Canada’s House of Commons, which relocated to West Block earlier this year.

Centre Block is undergoing a ten-year renovation/restoration, and a new place had to be found for the House to meet. So they took the interior courtyard in West Block, roofed it over, and created a space for the Commons. Probably cost a billion dollars, but it is a heritage building after all. 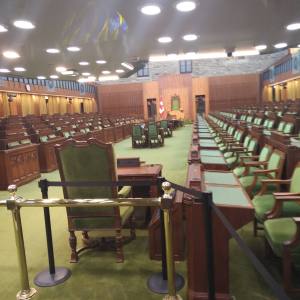 At some point I will return and take a formal tour, but this time I just called a friend and said “show me around.” I must admit, I never did get my bearings – the building has been substantially altered from what I remember a decade ago before the West Block renovations began.

Today just a couple of pictures of the Chamber itself.  This is where Canada’s parliamentarians will meet for the next ten years (or longer – construction always takes longer) to debate and pass the laws that will shape Canadian society.

I will admit to being a little surprised at how much the chamber looks like its predecessor. I guess they opted for tradition rather than going for a modern look.

At least they decided not to cover the stone walls of West Block. 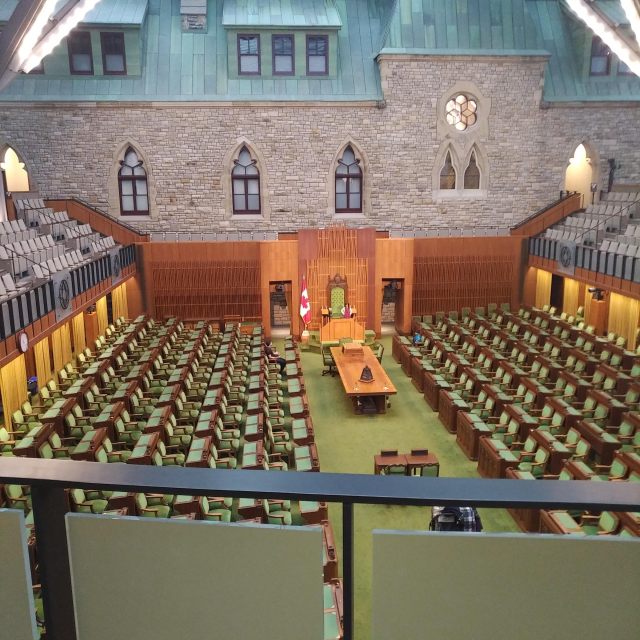 ← It Was Cold Out There
An Eye Over London →