Rocks By Any Other Name 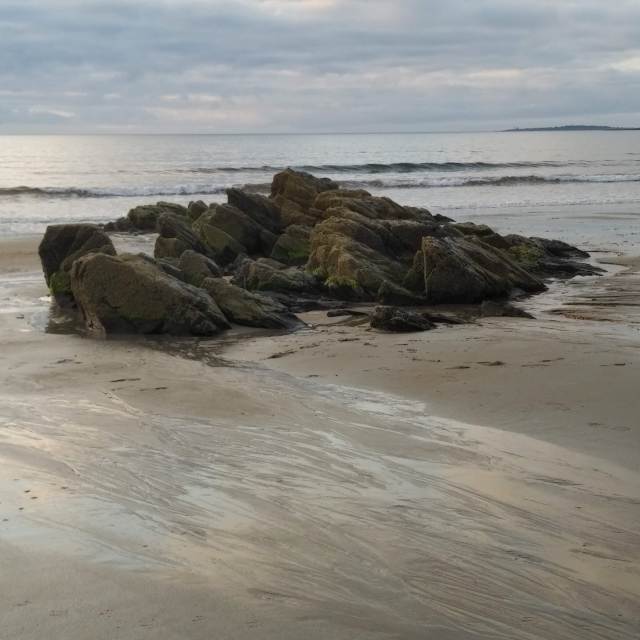 Who knew they had a formal name? I’ve spent my life referring to them as “the rocks.”

At high tide you can just see the tips, at low tide the rocks are the boundary between Ocean Park and Old Orchard Beach, Maine. They are a meeting place, and a reference point for those giving directions. They are also a fun place for children to play, observing the marine life that gets trapped as the waters recede.

I was quite surprised then to discover as I read a local history this month that “the rocks” were named “Googin’s Rocks” back in 1737, apparently named for one of the early American pioneers.  I was also surprised to find out that there was a “skirmish” between settlers and indigenous people nearby. I have no idea of the difference between a skirmish and a battle. Maybe no-one was killed. The book didn’t provide any details, not even a date.

You probably won’t find mention of Googin’s Rocks in any guidebooks for the area. There’s nothing really special about them.  Except, for me these rocks are important.

We live in an ever-changing world, one in which we can frequently feel a little lost, uprooted and ill at ease. So much that was once taken for granted has changed in my lifetime, so much more will change before I die (at least I am assuming so, given the rate of  progress and my life expectancy). Googin’s Rocks are a constant. 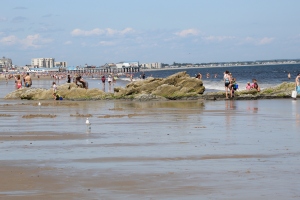 At some point in history, I would think there would have been suggestions to remove the rocks somehow, considering them to be a blemish on the beach. It would probably have been considered progress. No mention of that in the history I read though. Maybe local people have always appreciated them.

I know that next summer on my annual trip to Maine I will be able to walk down the beach and see those big stones sticking out of the sand. They won’t have been dug up or dynamited to make for a “better” swimming experience. Children and parents will still swarm the rocks at low tide to search for sea creatures.

Some things just don’t change. That is very reassuring these days. 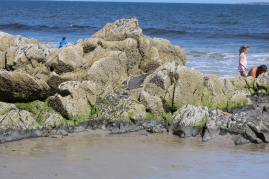 ← Back To The Pantheon
How Often Do You Clean Your Ducks? →