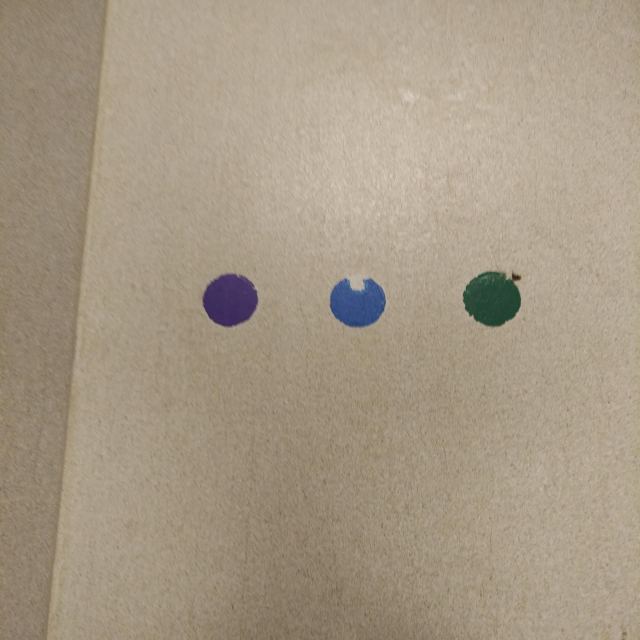 I lost focus Wednesday. It can happen to anyone. I was a little distracted.

I had decided not to post on Thursday because I wanted to expand on what I had written. I completely forgot that I had scheduled the post for publication while I was sleeping.

So today you’ll get what you were supposed to read Thursday. My apologies.

On a visit this week to the emergency ward at The Ottawa Hospital, I had noted that those with eye problems might potentially have difficulty distinguishing between the blue and purple dots when told to follow one or the other.

I knew the blue dot led to Emergent Care something I discovered when following the dots in search of a relative brought to the  hospital by ambulance. The yellow dots led to the Plaster Room – I learned that last week. (I’m not sure if the other dots in the picture are black or green – I really do have a problem.) I hadn’t given the purple dots any thought.

On the way out of the hospital though I noted that the purple dots were also for emergencies, Psychiatric Emergency. That would explain the police presence in the hallway.

My wife would tell you that at times I am unable to properly see colors. She’ll send me for her blue sweater and I’ll bring a purple one. Or vice versa. I’m very glad I was able to distinguish between blue and purple in this case.

I can just imagine the reaction if I had showed up in Psychiatric Emergency saying I’d been sent there to look for a particular patient who wasn’t there. Not realizing what ward I was in, I could quite easily have said things that would convince them I was indeed supposed to have followed the purple dots.

After all, when someone you love is ill, you don’t always function rationally. They might have thought I was crazy. They  might have admitted me to a nice padded cell.

Some days though, that sounds appealing.

← Emergency Room
A Pause For Reflection →