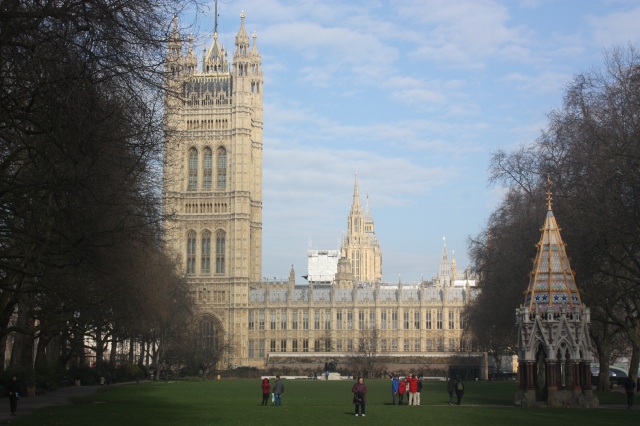 I know I must have seen this structure before on previous trips to London. It is right by Westminster and I have walked in that park on several occasions before. But I don’t remember it. Earlier this year though I took a closer look at the Buxton Memorial. 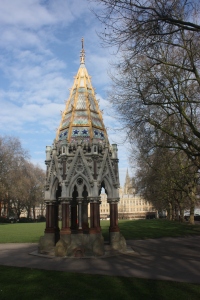 It was erected to commemorate the emancipation of slaves in 1833, paid for by Charles Buxton, one of the abolitionist MPs. The trans-Atlantic slave trade had been outlawed in 1807, but it took a few more decades for slavery to be abolished entirely in Britain and its colonies. And, while we don’t like to think about it, slavery is still a problem today, almost two centuries later.

As I stood there I was reminded of William Wilberforce and the fight to eradicate slavery in the British Empire. It took a long time for politicians and public alike to accept and understand the essential evil of slavery. It feels as if I am trivializing the matter to say that people like to feel superior, but our pride is at the root of so many sins. There were also economic issues at play.

We live in an era of instant gratification. We think in terms of minutes or hours; we have difficulty developing a long-term outlook on things. Whatever I want, I want now, I don’t want to have to wait for anything.

There are times however when instant results are not possible. That should not be a cause for frustration, but more for reflection. Why am I so impatient? Just what is the hurry?

Politicians (bowing to public pressure) get caught up in this tyranny of the urgent and desire for instant gratification. Any project that looks like it might last past the next election is a much lesser priority, no matter how important or how right. I don’t know that today’s politicos would continue on for decades with a project, especially one as unpopular at the outset as the abolition of slavery was. It was the rightness of their cause, fueled by their deep Christian faith, which strengthened the foes of slavery during those long decades of setbacks. Maybe, in our post-Christian age, such campaigns for basic justice are no longer possible. These days it is the forces of anti-christ that seem to be ascendant.

Looking at the Buxton Memorial I was reminded that when you’re faced with adversity, as the abolitionists were, giving up is not an option, not when you are on the side of Truth. Change takes time, sometimes a long time. Meaningful change is worth the effort and the wait.

That’s something to remember on a sunny February morning in Victoria Tower Gardens. Or anytime. 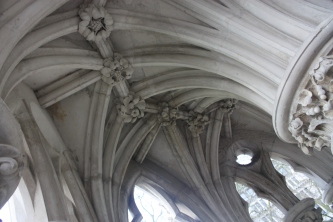 ← The Copyright Notice
Breaking The Chain →