A ten foot tall version of the Eiffel Tower fails to inspire when you are close to it, but if you didn’t realize it was a model you might be impressed.

More photos from Mini-Europe in Brussels, a post that first ran in 2015. Nobody is traveling these days, but we can still dream!

We went to see the Mini-Europe theme park in Brussels. Actually, I was dragged there. There was no way Vivian would have gotten me there if it wasn’t right besides The Atomium, which I really wanted to see. 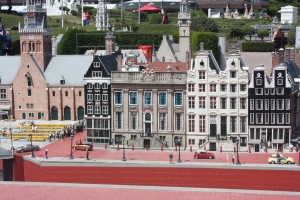 I’ve never been to Denmark, but supposedly Copenhagen harbour looks like this.

My initial impression of Mini-Europe wasn’t all that enthusiastic, and eight months later, after having had time to reflect, I still think it was a waste of money. Maybe it is just my personality; I have never seen the appeal of Disneyland or Disney World – much to my children’s chagrin.

I think my son and daughter felt a little culturally deprived growing up as the only people they knew who had never had that Disney experience. My response was: “Your friends have all been to Florida, and nowhere else. you have been to London, Paris, Rome, Berlin and a dozen other places in Europe. Obviously you have been poorly treated because you have not been to Florida.”

Maybe Mini-Europe would make sense if it was in Florida. It did strike me as silly though to have this theme park of attractions that were only a few hours drive away. Or maybe I just didn’t have the right attitude: it was sunny and hot and I was probably a little jet lagged. Enjoy the photos. 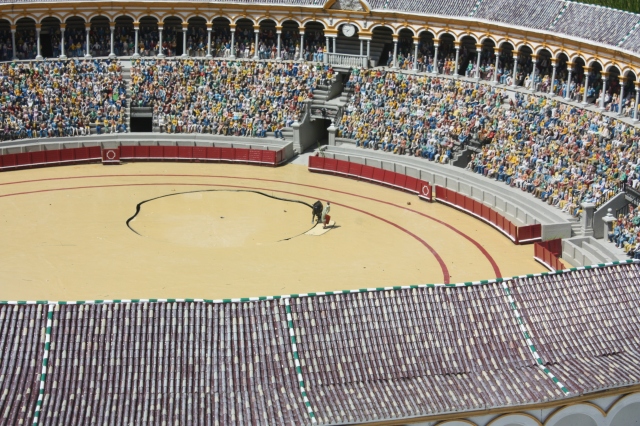 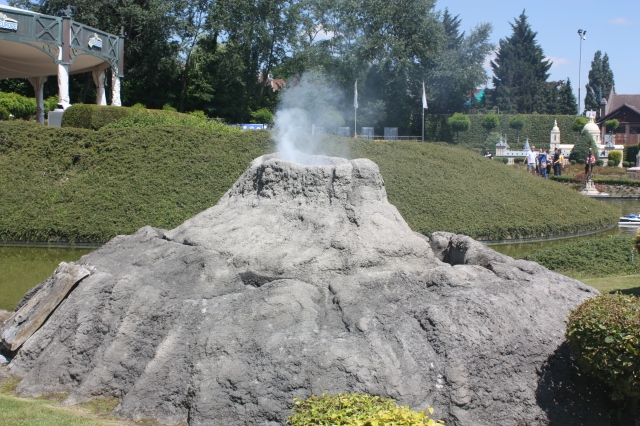 Vesuvius doesn’t scare me. That may have been Pompei’s problem in 70 A.D. – and they should have been scared.

I will admit I had never before heard of the Széchenyi Medicinal Bath in Budapest before. And I wondered that the only thing from Hungary considered worthy of inclusion in Mini-Europe was a spa. I does look interesting though – maybe I will check it out in the next European vacation.