I’m still cleaning up my phone and finding posts I never got around to sharing with you. This one is, I think, a couple of years old. 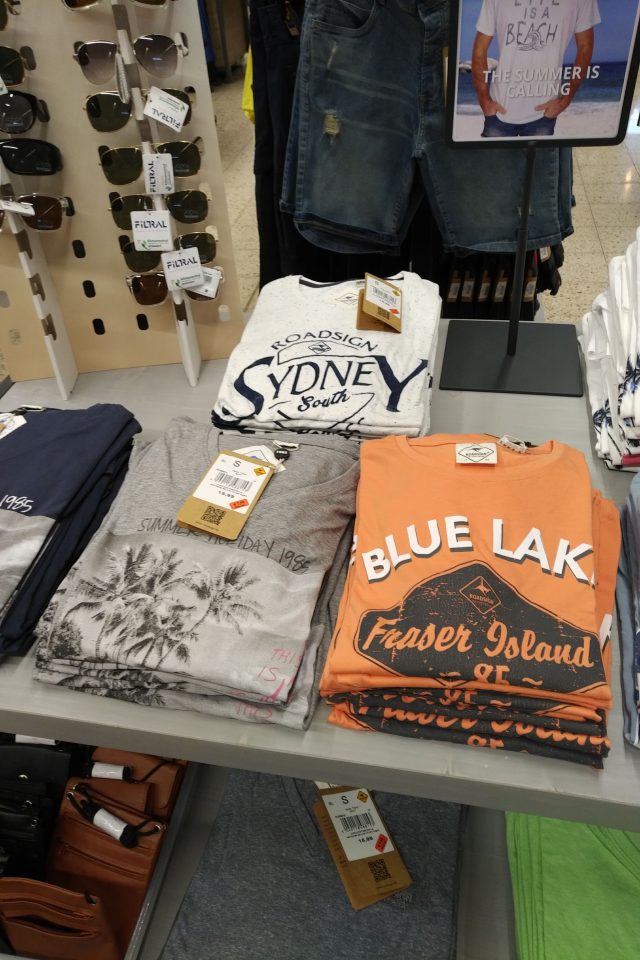 People wear their pride on their chests. But why in Germany is that pride always in English?

I hadn’t processed this before, but my brain had somehow absorbed it. What had stood out most was that fashions were different here, that the branded clothing was all different from what I am used to seeing. 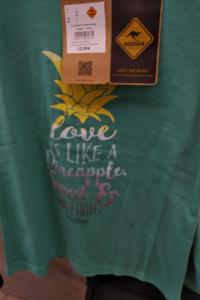 If you are North American, you are used to seeing the free advertising. Clothing companies put their names on the front of their clothes rather than on tastefully placed tags in the back of the neck. People wear them, proud of their fashion choices.

In my youth I used to advertise for my favorite rock bands by wearing concert shirts. But I drew the line at advertising clothing retailers – they would have had to pay me for that. Different times, different habits. If it is cool to advertise Aeropostale or Abercrombie and Fitch, then so be it. Though I have no idea what is cool these days.

What I have noticed in Germany though is that not only are the brands people are wearing completely unfamiliar to me, they are also, apparently, English. Except for football jerseys, which usually don’t have anything except a team or sponsor logo on them, Germans don’t seem to wear anything with German words.

Showing this to you would be difficult. I’m sure it is a social faux pas to snap pictures of random people’s torsos as I walk by them on the street. I doubt I could managed to explain the subtleties of my research, at least not in German. No sense in getting beaten up to prove my point. The photos for this article I snapped in a store – the mannequins didn’t voice any objections. Never heard of Australian Bay myself, but I think the company is German.

So why aren’t there t-shirts with German lettering? What makes English so desirable? Maybe when I get a little bit better at German I can ask a few people.

The thing is, if the attraction is for things English or American (most likely), these ersatz brands don’t help. People don’t look hip wearing them, they just reveal themselves as wannabes.

And nobody wants that.

← Send In The Clowns
Still A Hole →