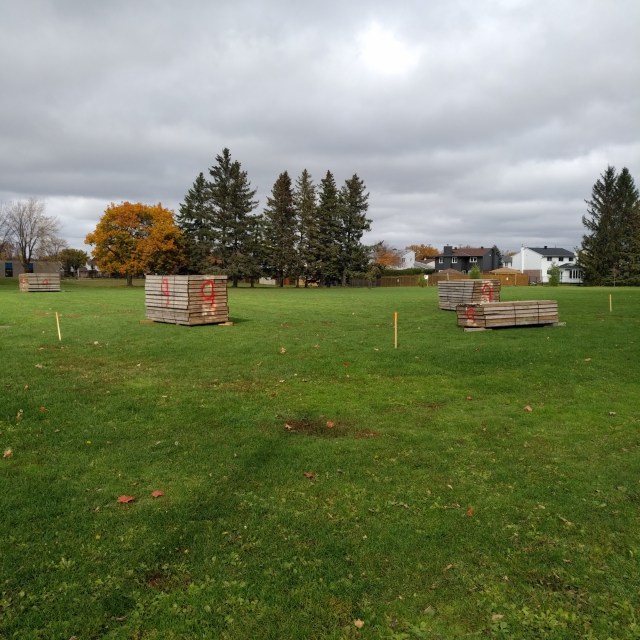 Do you know what you are seeing in the picture? Most likely not, unless you are Canadian.

It is a national tradition, a fall rite of passage. A sure sign of changing seasons.
In my neighbourhood and across the country, as October blends into November, the boards are dropped off in the parks and the rinks are going up. 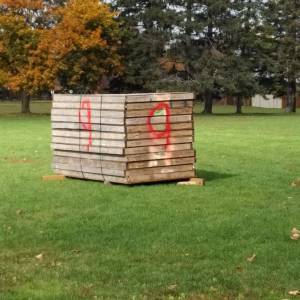 It is still much too early for winter. There won’t be ice to skate on for at least another month (we hope). It isn’t cold yet. But we need to be ready.

If global warming continues, these neighbourhood ice rinks could become a thing of the past. That would be sad, even if there were no climate implications.

The rink is a place of community. The municipality may put up the boards in a public park, even do the initial flooding to create ice, but it is local citizens who maintain it on a day to day basis.

I remember as a child walking to the local rink after a snowfall, carrying a hockey stick and a shovel. Depending on how many people showed up to skate or play shinny, we might or might not shovel off the entire rink. 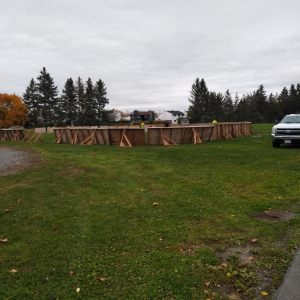 As an adult I’ve done the same, joining dozens of parents with shovels to quickly clean an overnight snowfall off the ice surface so that the children’s hockey game can take place as scheduled. Many hands do indeed make light work, and shoveling snow together brings people closer to each other.

I don’t know if this is a uniquely Canadian experience. Other countries have cold winters. I presume some must have outdoor rinks. My guess is it isn’t as prevalent in other places – hockey is a Canadian obsession.

This week, as the city workers were putting up the boards for my neighbourhood rink, the sun was shining. It was 12 degrees Celsius. No chance of snow. Winter seems so far away.

The boards are up now though. It is only a matter of time 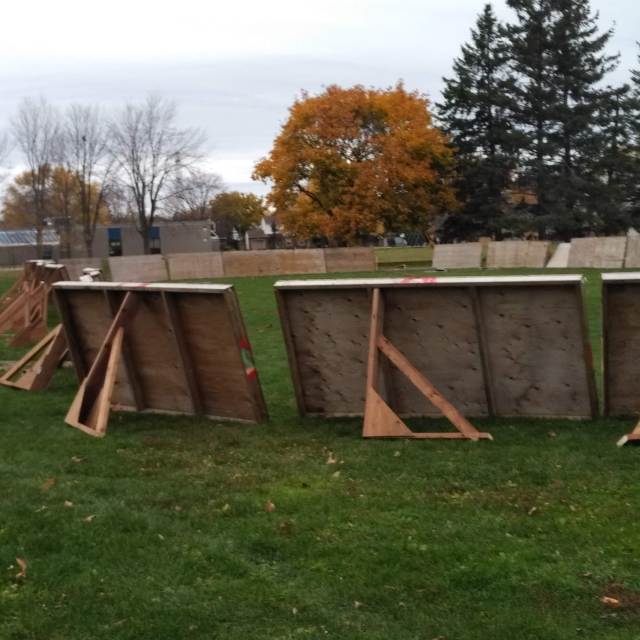 ← An Anniversary Somewhat Forgotten
It Was Cold Out There →