Due to some computer issues, I’m re-posting this from 2015.

It is Thanksgiving Day in Canada today. I was going to give you a list of things I am thankful for, but I’m really not a list-maker, or at least not today. 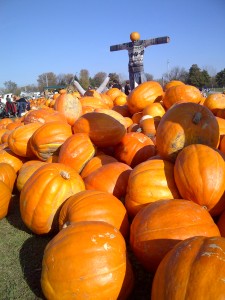 Pumpkins are a big part of Canadian Thanksgiving, baked into pies.

I could have shown you some pictures of the walk my wife and I did yesterday afternoon, taking in the fall foliage. The leaves on the trees are finally beginning to turn colours, though I didn’t see any brilliant reds. A picture may speak a thousand words, but those aren’t the words I want to say today.

Instead, slightly modified, are my thoughts from last Thanksgiving. Part history lesson, part musing on contemporary society, I think the thoughts remain valid – especially in an election year when issues of church and state have come to the forefront.

Canadians today are celebrating the Thanksgiving holiday, following a tradition that started with English explorer Martin Frobisher in 1578.

Thanksgiving in Canada was celebrated on various days in October and November, until being settled in 1957 as the second Monday of October. Which makes sense when you think of it. In October we can celebrate and be thankful for the harvest. At the end of November, when the Americans celebrate, Canadians are facing possible blizzards and are in a less than thankful mood.

Like many of our holidays, Thanksgiving has lost touch with its roots. Nobody asks anymore, to whom are we giving thanks, why and for what? I suspect that the Act of Parliament that created the holiday would be worded much differently if it were to be introduced today. In these politically correct days “A Day of General Thanksgiving to Almighty God for the bountiful harvest with which Canada has been blessed” isn’t likely to be accepted by much of our population. There is no doubt that in 1957 Parliamentarians intended the reference to “Almighty God” to be to the Christian God (or as Christians would emphasize, the only true God). Nowadays there would be too much fear of causing offense to Muslims and others to do that, not to mention lengthy debates in Parliament to determine just what or who is God in Canadian society in 2015.

Despite there being not much religious attached to the tradition anymore, most Canadians are thankful today. It is a holiday, no work or school for most people. Families gather for a celebratory meal.

The idea of a separation of church and state is an American concept that has spread to the north without any real basis in law or even tradition. While we do not have a state church, our head of state is also head of a major Christian church. In theory there certainly isn’t much separation. In practice, government for the most part does not get involved in religion, and certainly doesn’t favour one religion over another.

We live in an increasingly secular, multicultural, multi-ethnic, post-Christian culture. Yet our holidays (holy days) have religious roots, specifically Christian ones. Thanksgiving, Christmas, Easter, even Remembrance Day have Christian origins, though they may no longer be celebrated as they once were. I am surprised someone hasn’t launched a lawsuit to have our holidays abolished, or at least renamed. Or perhaps those people of different or no religious tradition realize that in today’s society Thanksgiving (and our other holidays) is more just a day off work than a celebration of our Christian heritage. And everybody likes a day off work.

← Memories of the Waiting Room
A Nation Regrets →