There are few things in life that frustrate me more than not being able to take pictures when I visit an historic site. It just doesn’t seem right.

In early 2017 I had the opportunity to tour Westminster, the mother of all parliaments. At the time I was still working on Parliament Hill in Ottawa and was able to use my connections there to arrange a private tour of Westminster through a British MP. Since I was a guest I couldn’t sneak pictures of the things I most wanted to preserve for my memory, such as the table scarred by Winston Churchill’s ring as he pounded it to ram home his point.

I don’t know if they let you take pictures if you take the public tour. Certainly they charge enough for it, more than 25 British pounds. Other parliaments I have visited, in Canada, Austria and Switzerland, give free guided tours and photos are encouraged.

The one exception on my tour was Westminster Hall, the oldest part of the Parliament Buildings, which was built by William the Conqueror’s son and has been in more or less continuous use ever since. Parliament has met there. It has been used for special occasions, such as state funerals. At one point, a few hundred years ago, it was a shopping mall of sorts.

There are plaques strategically placed at the spots where historic events took place. You can stand on the spot where Nelson Mandela gave a speech, or Winston Churchill’s casket lay in state or where the Earl of Stafford faced charges of high treason in 1640. It is a room brimming with history.

While I wasn’t able to take many pictures on my tour, I do have the memories. Hopefully they won’t fade as time moves on. 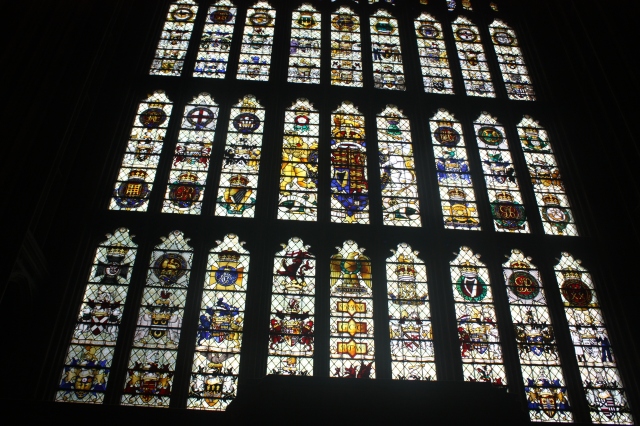