You’ve probably never heard of Mark Lee, which means you are unlikely to read this book. Hurt Road is for the fans who know that Lee is the founder and guitarist for the rock band Third Day. 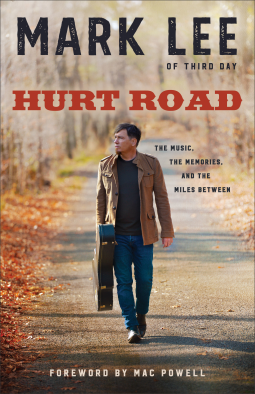 When I think of Third Day, I think of Mac Powell, whose distinctive voice gives the band their signature sound. I picked up this book out of idle curiosity, expecting a journal of what life is like on the road with a southern rock band.

What I got was autobiography. An interesting tale perhaps, but I have to ask if there really is a market for this book. Mark Lee is an ordinary guy. His struggles are ordinary, as are his triumphs. I suppose there is some sort of inspiration to be had here, but I think most people prefer to read about the extraordinary.

The band members are all Christians. There are no rock and roll excesses to titillate. I suppose that is one of the messages of the book – you can have a successful career in music without all the sex and drugs that frequently accompany rock and roll. Third Day have been successful to the tune of eight million records sold. Mark Lee is a husband, father and musician who could be the guy next door – he certainly isn’t a stereotypical rock star.

I’ve seen Third Day live only once, and they put on a solid show. Not flashy, but entertaining. Hurt Road is like that. It was an easy read, but I kept hoping for more.