In my younger years I was a student at Carleton University in Ottawa, a relatively new institution which is celebrating its 75th anniversary this year. So I hesitate to make a comparison between Carleton and Cambridge University, which has been a seat of higher learning for more than 800 years. But I’m going to anyway.

I was in England last month and spent a day in Cambridge, seeing some but not all of the famous university (I balked at some of the admission fees, but that’s a story for another day). The school isn’t centralized on one campus, like Carleton is, but is spread out in a series of colleges throughout the city, 31 of them. With that Cambridge has about half the number of students Carleton has. As a Carleton graduate I am reluctant to suggest Cambridge emphasizes quality over quantity, but you might draw that conclusion. 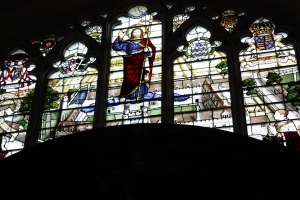 Anyway, during my visit to the city I wandered into several of the colleges, all of which seemed to follow a similar architectural pattern, not matter when they were built. Part of that similarity is that they all have a chapel, a place of Christian worship. Maybe that isn’t true of all 31, but I think I visited five. Twenty per cent is a statistically valid sample, or was when I studied statistics at university. 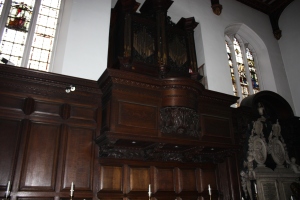 Carleton doesn’t have a chapel, though it does have a couple of Christian chaplains (not funded by the school) and spaces that are used by those of other religions to pray. But it does not have a place set aside for Christian worship. I guess that wasn’t on the founders’ agenda, Carleton was founded as a secular university. Today there are more Muslims in the student body (5,000 when I was last there in 2013) than practicing Christians.

Seeing the chapels in Cambridge got me to thinking about the centrality of the Christian faith to education, learning and innovation. We tend to think of “western” civilization as the driving force of progress for the past couple of millennia, but that in many ways is a misnomer. Progress is firmly rooted in the Christian tradition, even if many or even most of our innovators today are not practicing Christians.

‎I know that some people take a dim view of “progress,” but living in Canada I quite appreciate things like having heat in the winter that I don’t have to create by chopping down the tree in my front yard. I could provide you with a list of all the great Christian inventors and scientists of the past few centuries and the things that made them famous, but if I did that then you would have no reason to use Google today. (Also, I get paid for doing research, I do not get paid for this blog. Therefore on some days I expect you to do your own research.)

My point is that I suspect we are poorer as a society for no longer emphasizing the role of faith, especially Christian faith, in education. When we lose touch with our roots, when man becomes machine rather than created in God’s image, I think we all lose. Certainly our creativity deteriorates.

If you think otherwise, I’d be happy to hear your thoughts. Oh, and today’s pictures are from the chapel of Christ College, Cambridge.

← Some Random Thoughts From This Past Week
Christ’s College – Cambridge →