The sixth most viewed post here in 2019 was my farewell to two characters from my language class that I published in 2018.

We’ve spent every day together for the past few months, but now Tim and Lara are leaving my life. We didn’t really have a proper goodbye.

Lara is a young girl from Poland who came to Germany to learn the language. Tim is from Canada, my hometown of Ottawa in fact. He too came here to learn German and has learned it well enough to land a job. Lara has, I think gone back to Poland.

As much as they have been part of my life, Tim and Lara aren’t real. They are characters in audio and video components of the German course I have been taking. For the months they were together, we followed them as they learned how to buy clothes or fill out a government form. Through photos, audio and videos we have struggled along with them.

Except they haven’t struggled. Their German is perfe 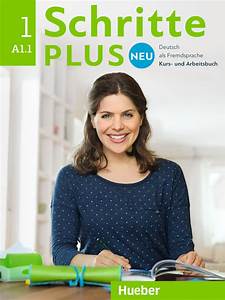 ct. The difficulties of the language aren’t apparent when you hear Tim and Lara speak. I guess you can’t have real people speaking in an instructional video and making real people mistakes.

I’ve learned from them, even as I have at times laughed at their naivety. I know they must follow the script, but at times it has been unrealistic. And Tim seems rather clueless for someone from Ottawa. I’m told that neither appears in the next section of the course. so this is the end.

Being the curious type, I looked them up. In the real world, Lara is Constanze Fennel, Tim is Philip Krause, two German actors I had never heard of before. They were young when they were hired for this textbook and accompanying materials, I imagine them as actors just starting out who lucked into this gig. I’m hoping it paid well.

I wonder how it feels to be an actor hired to be the face and voice of a language course? When you first feel the desire for a career on stage, film or television, I doubt an instructional video is what you have in mind. Making it big in the movies, and that multi-million dollar paycheck for each film, is what most are looking for.

Mind you, making this course should be considered a big deal by Krause and Fennel. In the past few years Germany has absorbed millions of immigrants, all of whom have had to take German classes. Their work has been perhaps seen by more people than if they had starred in a film shown in theaters.

Online I discovered Constanze Fennel is indeed successful as an actress, though I doubt most Germans would recognize her face. Most of her best-known work is providing German voices for English films being dubbed here. She has an MA, speaks four languages, plays a couple of musical instruments, is active in sports, does a lot of theatre work and has a regular gig as a radio announcer, which I gather pays the bills between acting jobs. Having been a radio announcer myself for decades, I can see that she has the voice for it.

Philip Krause has been harder to follow online. I’d make a joke that Canadians are naturally self-effacing, but that doesn’t work since he was only portraying a Canadian. Maybe he retired from acting after doing this language course. The publishers used him more than Fennel, but maybe that was a matter of availability.

Our videos today are not from the German course. The first one is Constanze Fennel’s “business card,” showcasing her talents as an actress. You’ll enjoy this, even if you don’t speak a word of German. The second is an older piece by Philip Krause doing some slam poetry almost a decade ago. Poetry is an acquired taste, and for this one it helps if you do speak the language.

I’m going to miss Tim and Lara. German is a hard language to learn, especially at my age. They made it a little easier.