Santa Claus is Not Coming 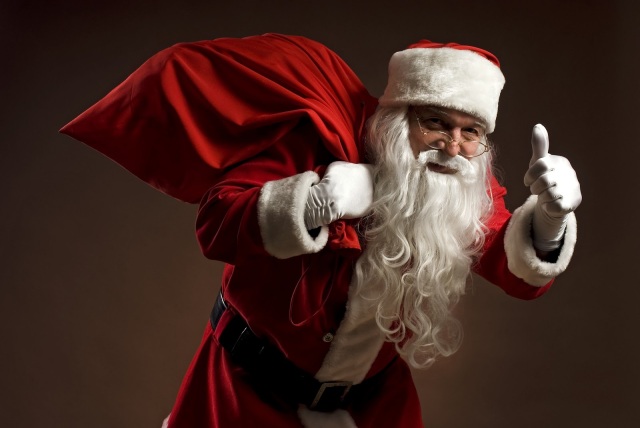 When I was looking for something Advent themed for Sunday’s post,  I came across this piece written by my son in 2016. I thought it would be nice to share it with you and give another perspective on Sunday’s post. You can find his original here.

Santa Claus won’t be visiting our house this year. Or next year. Or any year after that.

This is the opening of a column my dad wrote in 1991 in the Pembroke Observer, the local paper of the small city where we lived until I was 10. My father was a stay-at-home dad, which was rare at that time, and he wrote about his adventures in the column for a couple of years when I was about 2-4 years old.

This year Dad has been republishing some of these columns on his blog. Unlike when he originally wrote  them, he at least asked my permission this time to repost them with my name still attached. It was been amusing for me to read the posts and find out what I was up to as a young child. I do remember some of the stories, but lots of them are new to me.

I was not surprised at all that my Dad wrote a column about not letting his kids believe in Santa Claus. This is something I remember clearly from my childhood, and it is also a subject on which I have heard Dad express his strong feelings on several occasions. He had believed in Santa Claus as a child, but was upset at his parents when he realized he had been lied to.  He vowed not to lie to his children in the same way, which is why I grew up without believing in Santa Claus, the Easter Bunny, or the Tooth Fairy.

Now he feels vindicated about his position.

The subject came up a couple of weeks ago when he sent an email to my sister, my mom, and me with the subject line: “According to the Medical Profession, I was Right.”

He included a link to a story discussing the sometimes traumatic effects of parents lying to their children about Santa Claus. Now I don’t think the article counts as a consensus position from the medical profession, but it does help add some weight to my Dad’s experience.

I personally don’t remember ever being too upset at having been deprived of Santa Claus, probably mostly because my parents still gave me lots of presents. My Grandparents would still sometimes write ‘From Santa’ on their presents, but I always knew it was them. I also remember being told to keep the truth about Santa to myself so as not to spoil anything for my friends, and I liked the feeling of having this secret knowledge.

In his column, my Dad also wrote “No, my name isn’t Scrooge, nor am I that celebrated Grinch who stole Christmas.”

That may be true about Christmas, but he was certainly was (and still is!) a Grinch about Halloween, not allowing us to go trick-or-treating with our friends. But I will save that childhood trauma for another day, hopefully after the medical profession proves me right about how you should let your kids go have fun with their friends!

← The Santa Effect
Old Is An Understatement →