I suppose you could look up how many castles there are in Europe. My guess is several thousand, with most of those in ruins, good only as tourist attractions.

What is it that draws us to castles? Or is it just me?

I grew up on the legends of King Arthur, the courage of the Round Table, the earnestness of the Crusades. There is something compelling about medieval times. Life was simpler then. It was also less comfortable.

I’ve explored a few ruined castles, large and small, in the past eighteen months of our German sojourn. Some have impressed me with their size, others have not been worthy of the term “castle.” I think there I might have been influenced by Walt Disney. There is a schloss (German for castle) in Sulzburg, but to me it looks like a manor house. No towers or battlements, just a large building.

Castles certainly can impress, but would you want to live in one? No plumbing (though if you were lucky the privy didn’t smell too badly). Cooking only over an open fire, because of course there was no electricity. Which means no refrigeration, which would have limited food choices. I’d rather have modern conveniences, but I guess I have been spoiled.

One thing almost all castles have in common is a great view. The reason for that is simple; you needed to be up high so that you could see your enemies coming. Repelling them is easier when you hold the high ground.

If I was a romantic, I would point out that one of the appeals is that castles are where you find princesses. I could rescue one, or slay a dragon for her, winning her hand and her heart. (That is of course something that I could have done when I was younger and single, not something I would do now.) 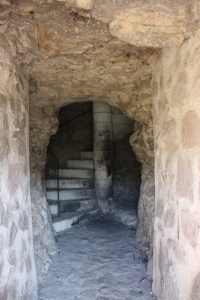 The whole princess thing though is another Disneyfication of reality. Remember, castles had no plumbing. The average medieval princess, if she was fastidious, would make sure she took an annual bath. They probably didn’t have hoses back then, I’m not sure if a princess was ever completely clean. Dragons may have smelled better.

All of this is to say that the ruins of the castle in Kaysersberg, located in France’s Alsace region (which explains the German name) are nice to visit, but I don’t think I would have wanted to live there when it was at its heyday. Visiting now though was fun.

You can get to the castle through the vineyards at the edge of town, or climb a flight of stairs from inside the village. Stairs are faster, the vineyard route is more scenic. We went up the stairs, came back down by the path. No preference.

Kaysersberg is about an hour’s drive from Sulzburg, and we visited on the advice of my wife’s 95-year-old aunt, who is an authority on many things. It has now become a place where we will take North American visitors looking for some local colour. 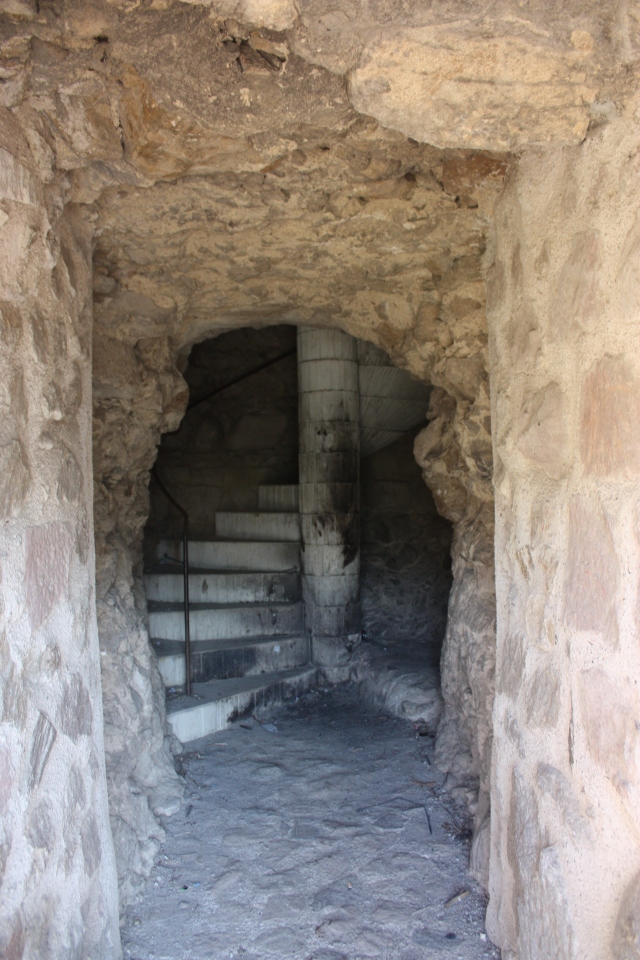 ← On The Line
Kaysersberg Castle – II →