I lived and worked in Renfrew County for 15 years or so, and never once checked out any of the ghost towns. I knew where they were, half a dozen or so anyway, but I just didn’t make it a priority.

Now I’m thinking I missed out on some interesting aspects of local history. And, after a visit to Balaclava, Ontario, on Saturday, I’m thinking I should make a trip or two back to Renfrew County to see what I missed.

These pictures are all of the sawmill in Balaclava. There was a “No Trespassing” sign so I didn’t go in to explore. Once again, I didn’t want to set a bad example for the children in the group. Even so, I was able to see some of the interior.

The lumber industry was at one time the major industry in Renfrew County, and is still a major economic force there. Online I discovered that this sawmill started operations in 1855 and closed in 1967. There are a lot of trees around today, but I suppose it became more economical to ship the logs to the larger centres rather than using the small sawmills that used to be found every few miles. 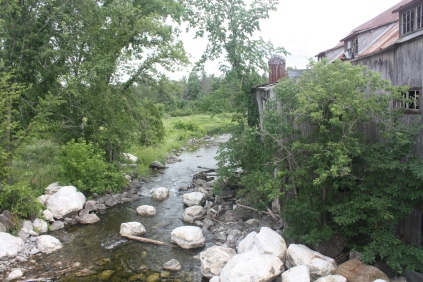 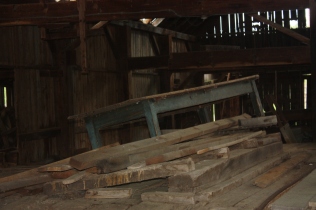 ← An Answer and a Question
Today’s Stupid Question Comes From… →